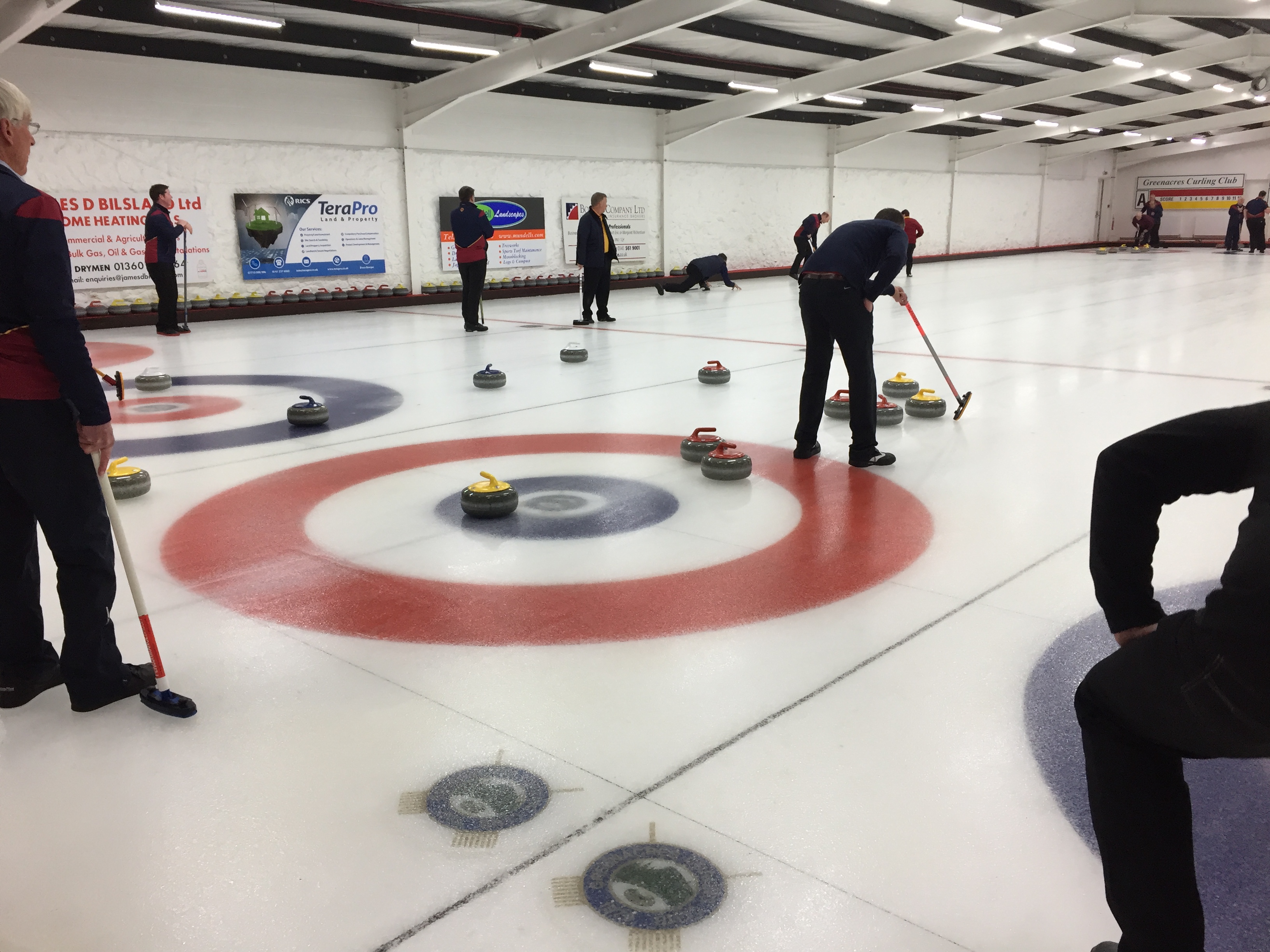 With only two match days remaining, there is a four way tie at the top of the league. At the bottom, two rinks are already relegated and a third is hanging by a very thin thread.

A steal of 1 in the eighth end secured the points for Jim in a really tight bottom of the table clash. Having swapped singles for the first four ends, Jim stole a single in the fifth. Rabbie came back with the only deuce of the game in the sixth. A single to Jim in the seventh left Rabbie at peels with the hammer in the eighth, but was unable to find a way home.

With Jimuk scoring deuces in the first two ends, Tom must have thought the worst. Taking a deuce in the third, Tom kept Jimuk to a single in the fourth. The game changed in the fifth with Tom taking a 5 then stealing a single and a deuce to lead 10-5 after seven.

With each rink scoring when with hammer, David Mundell’s problem was stopping Dave Reid from scoring big ends. With Mundell being restricted to singles, Reid scored a deuce, a four and a triple to put the brakes on Mundell’s late championship challenge. At the same time Reid has improved his chances of grabbing a late promotion slot.

Hugh seized his chance to go to the top of the league with a convincing win over Dougie’s rink. Trailing 5- 0 after three ends, Dougie got the granny off with a single in the fourth, but a triple for Hugh in the seventh sealed the win.